Teacher Kevin Sickle installed two aquariums in his classroom. The Reef Conservation Society has provided coral and rock to the tanks he set up a few yearsago. We will continue to provide livestock and material support to his growing program. We're happy to partner with another elementary school to get students started in the hobby at a young age.

In October 2015 we were able to install a large aquarium in the lobby of the school. The tank and stand were donated by Mary Timpany, a former club Treasurer, and students at Williamsport Area High School built and painted the canopy. All of the lighting and most of the equipment was funded by a Donors Choose project set up by Kevin. Donations rolled in quickly and we were able to make the tank a reality! All of the rock and coral is aquacultured at Williamsport Area High School and is an example of the kind of sustainable reef we seek to set up as described in this video. 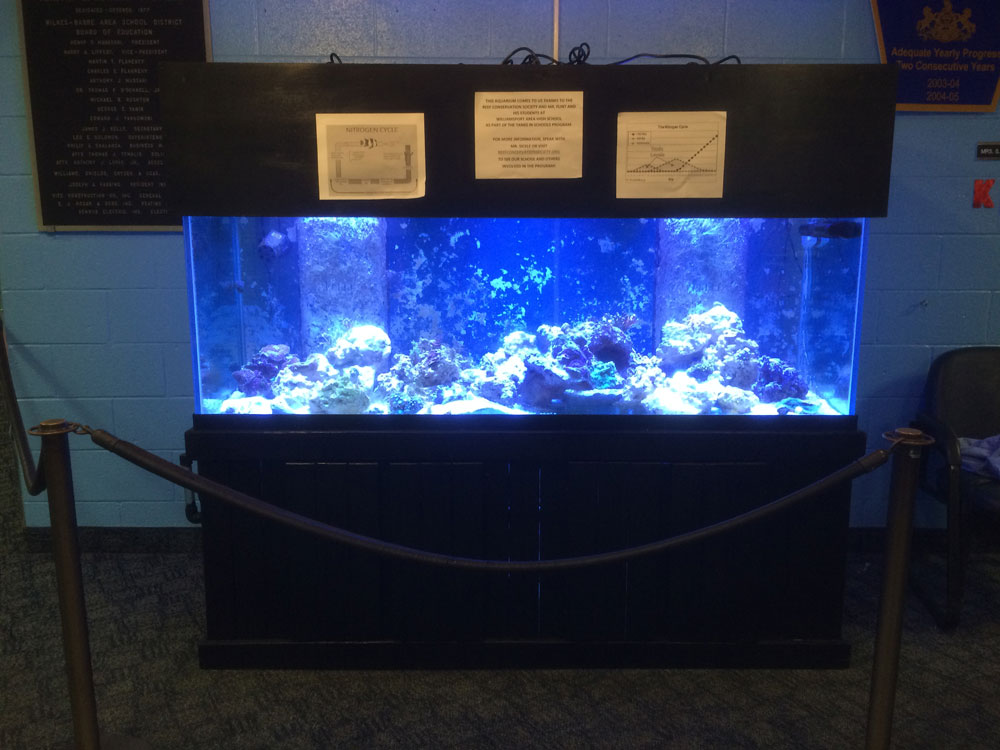 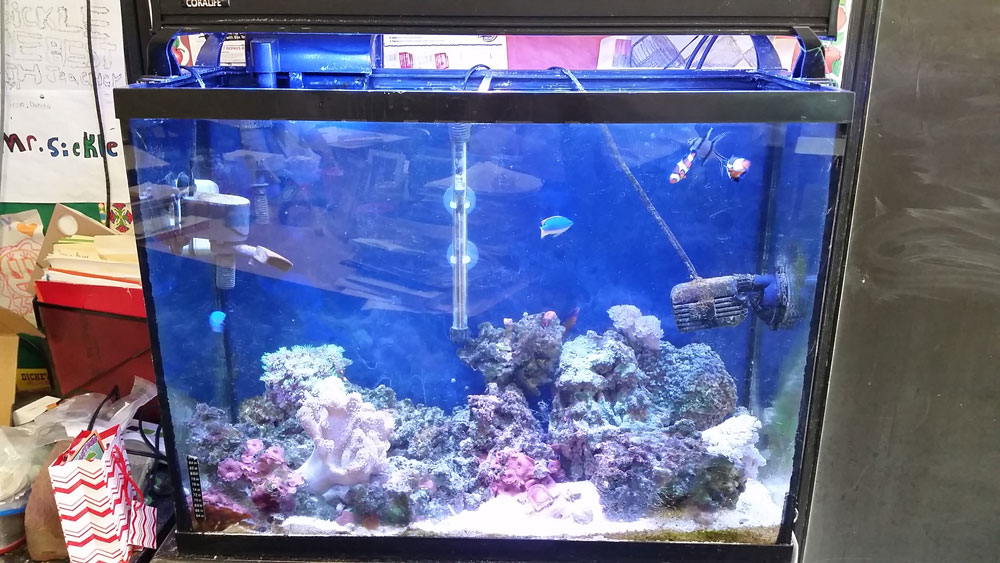 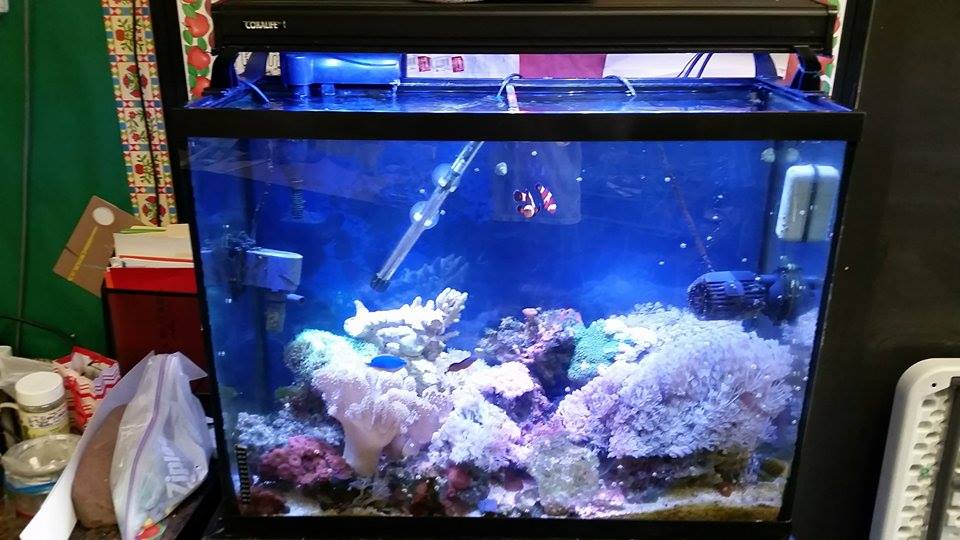 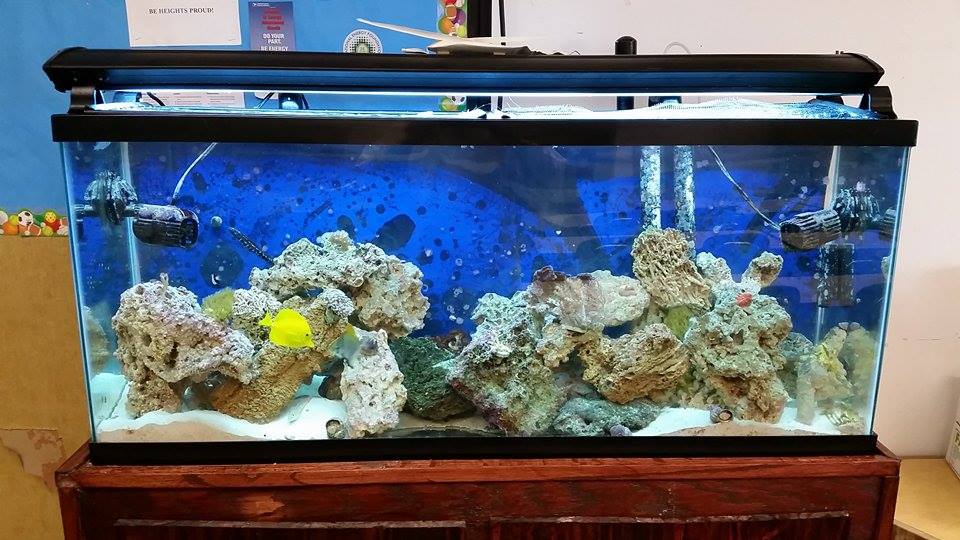