New at Lake-Lehman: We delivered a donated 180 gallon aquarium in May 2015 and completed the installation before school started back up. When the fall 2015 semester began Mr. Kalinay will had 90, 110 and 180 gallon display aquariums in his classroom. What a great place to have class! 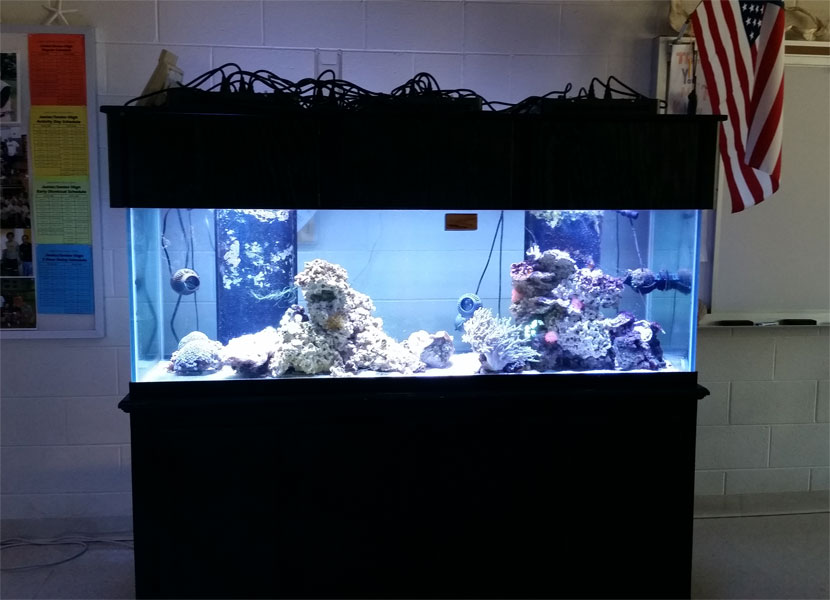 Dwayne's classroom hosts a 110 gallon reef aquarium and a 90 gallon reef aquarium setup funded entirely by NCPARS. The tanks are drilled for overflows, have a common sump, use Tek-Light T5 lighting, have a Vertex Alpha IN-180 skimmer (that our project won in the Vertex Me! 2010 video contest) and MagDrive return pumps.

The live rock in the tank started out as dry reef rock and was seeded in a benthic sump at Williamsport Area High School for about six months. Most of the coral also came from the Williamsport Area High School system.
Dwayne does an excellent job integrating the reef aquarium into his science classes along with a myriad of freshwater aquaria and terarria in his classroom. His project is exactly what our club likes to support. 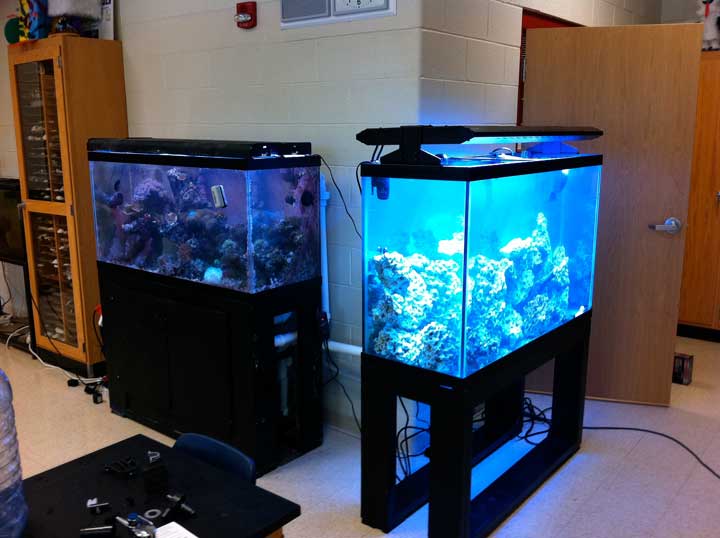 We were able to add a 65 gallon clownfish tank to the system in the summer of 2012. 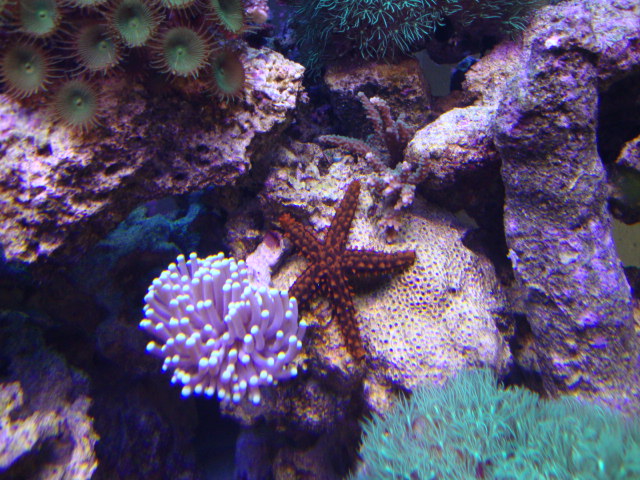 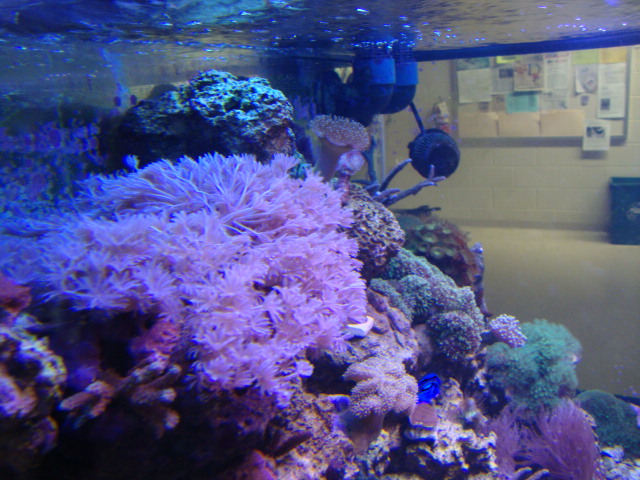 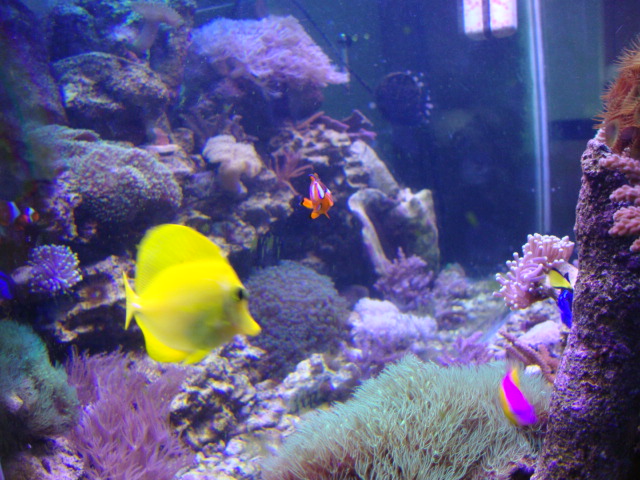 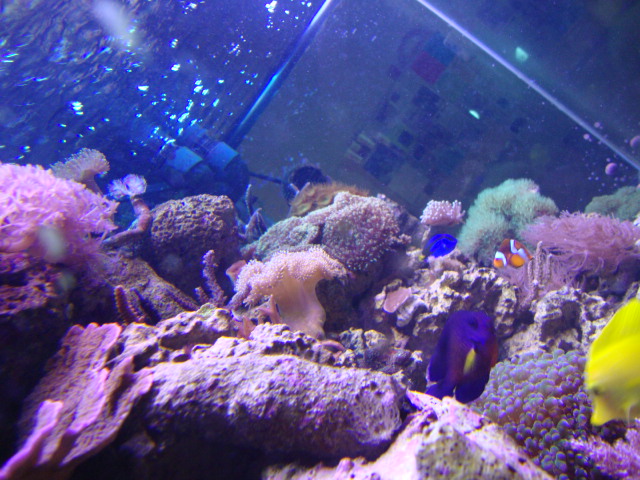 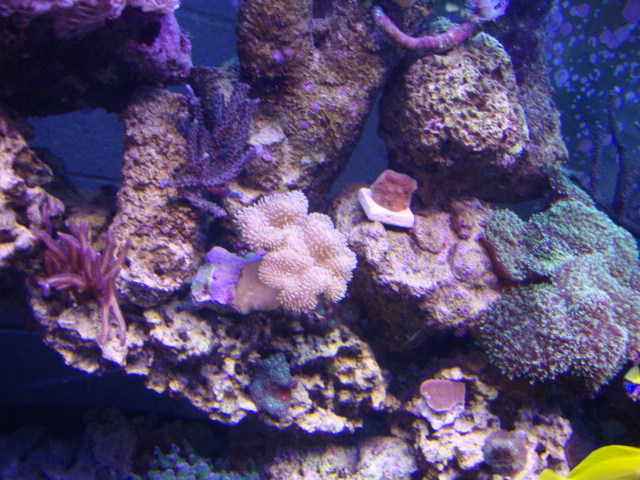 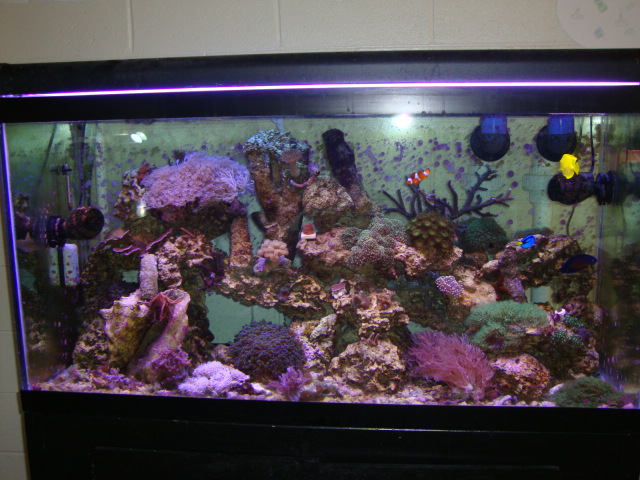 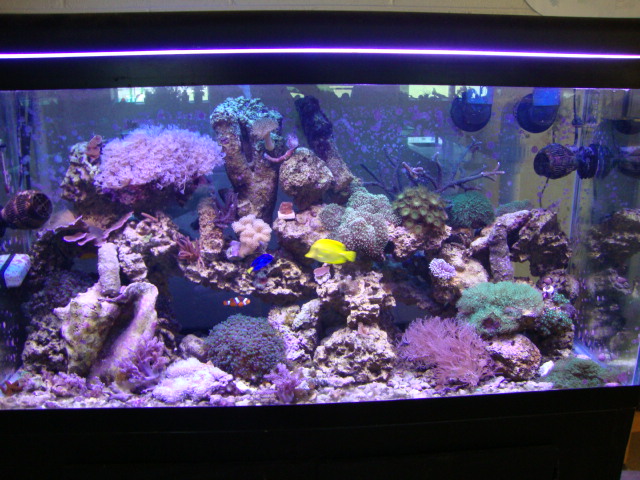