Principal: Mr. Dan Bonomo
NCPARS Contact: Dyan Murphy, Tim Murphy
Supporting Teachers: Jim Perry
The Bloomsburg High School tank was started in January 2008. The tank is maintained by Biology teacher Jim Perry, and Social Studies teacher and NCPARS member Dyan Murphy. The tank is presently in Jim Perry’s classrooms due to school renovations that are presently under way. Eventually, the school would like to move the tank to the school’s breezeway where it can be more readily viewed by all students and staff members. Students are involved with the tank through biology classes where they check levels such as calcium, alkalinity, salinity, and pH. Several students also regularly feed the tank and empty the skimmer. Regular maintenance is done by Jim, Tim, Dyan, and students.

The tank is 120 gallons (Reef Ready), with a Bermuda Aquatics BPS-3C Protein Skimmer which is run by a Rio Hyperflow 12 and a ALS Berlin Sump 250 as filtration and SunPod 48” VHO lighting.
The tank currently has two clowns, an algae blenny, a foxface, a kole tang, a sailfin tang and a Potter’s angel. The cleaner crew includes a royal urchin, a serpent star, and a brittle star. Corals include SPS, LPS, and Softies.
The school project has primarily been funded by the school district. Bloomsburg High School covered the cost of the equipment, liverock, and live sand. Purchases were made through Something Fishy in Northampton, PA, who provided discounts to this educational project. Several NCPARS members (including Tim and Dyan) have donated corals for the tank.
Currrent needs: Livestock. 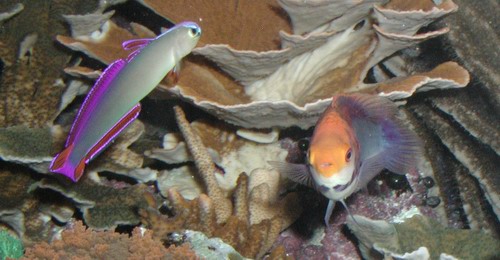 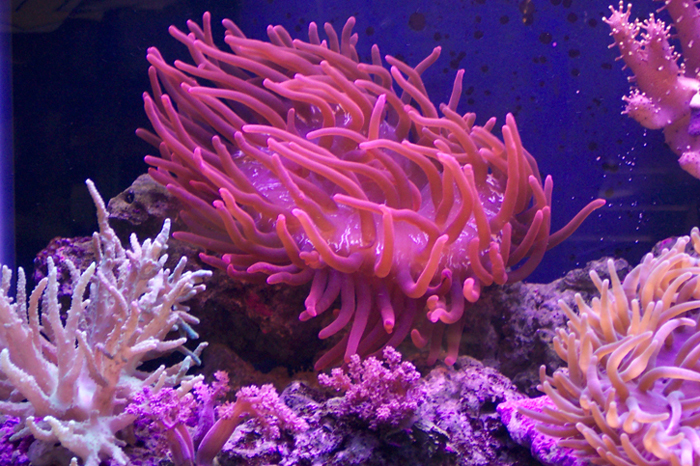 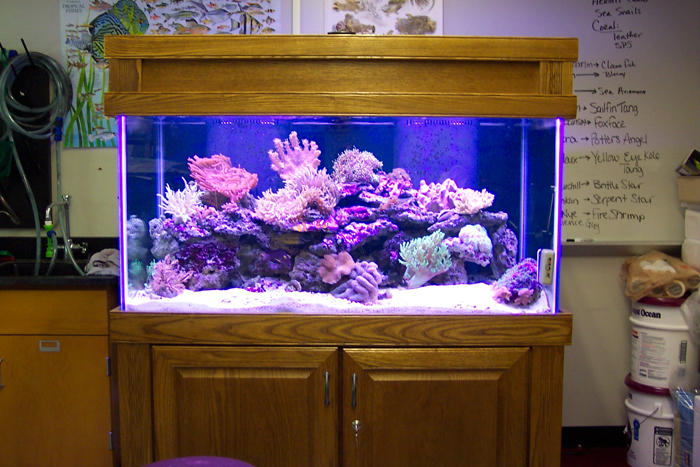 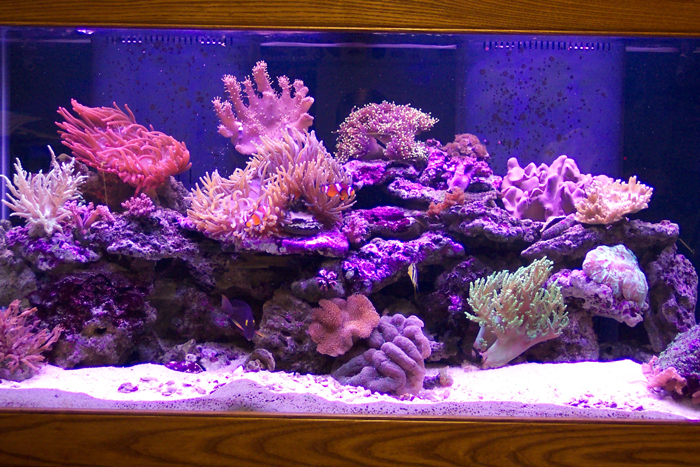 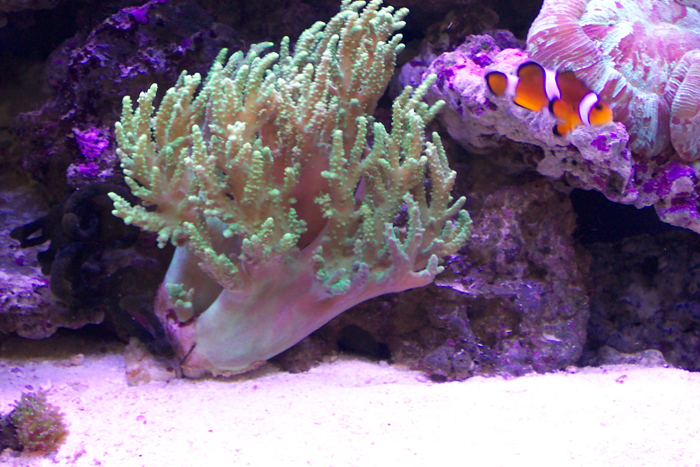